Firefox’s logo is known by most people who have a computer; not because they see it on T.V. but because every time they go to use their internet they have to click on this logo.  It has a very artistic design, and its use of color makes it stand out on anyone’s desktop. It’s originality and use of color makes it a very successful logo.

To see more about firefox check out their homepage at: http://www.mozilla.com/en-US/firefox/fx/

Apple logo that was designed by Rob Janoff, and art director at advertising and public relations firm Regis McKenna.

The reason why I admire is that apple logo is simple and easy to be recognized. It makes people can remember easier than complicate designed mark. And another reason is that Apple logo is kind of  iconic about taking bite out of an apple. And this inconic is that people can experience.

I think starbucks has storng identity. Especially, I like new logo the most that just come out in this year. Name of starbucks are removed and instead of using black background, green with white line is showing their identity. It looks cleaner than before, but it’s stronger. Also the logo is useful to match with coffee mug or cup.

I’ve never been an avid Nike wearer or user of many of its products, but I’ve always admired the company’s identity. This logo is probably one of the most recognizable of all time; it would be quite difficult to find anyone these days, almost anywhere the world, who would not be able to identify it. Sometimes the company name is incorporated into the logo  as well, but nowadays it isn’t even necessary to put them together, even in ads, for people to know what the logo represents, like in this recent campaign. And yet, it’s an incredibly simple design and easy to use in any color on any background, and incorporate into clothing and other product designs. It’s a perfect athletic product identity…its simple, fluid design makes one think of speed and, well, correctness, as it does look like a check mark. Apparently though, it was designed to represent the wing on the statue of the Greek goddess of victory, Nike, who served as the cause of motivation for the distinguished and audacious Greek warriors. Makes sense. Also known as the “Swoosh”, it was designed in 1971 by a design student named Carolyn Davidson. Oh, and here is Nike’s website.

Vauxhall motors logo caught my attention while searching for inspiration. This logo is a well designed identity system for many reasons. The first reason is this is a very unique logo. It is immediatly recognizeable and could not be mistaken for something else. Also the simplicity of this logo works well. It is very easy to see and therefore remember so it will not be easily confused or cause the viewer to ignore the logo. This logo has also been redesigned multiple times, while staying true to its original form it has slowly changed and become more current. The changing of the identity to keep consumers interested in the project i believe is a crucial piece in making this a successful graphic identity.

The Volkswagen logo is one of the most identifiable logos in the world. Since it’s conception in the late 1930’s the basic design has stayed the same: A “V” over a “W”. The reason why I think it is an excellent example of an identity system is because it is simple. It is a simple design that is easily read and distinguished. The VW logo has been featured on everything from cars (obviously), tee shirts, mugs, letter heads, and service receipts. The famous design was made by Franz Reimspiess in a factory design contest. Franz Reimspiess went on to design the iconic Beetle. 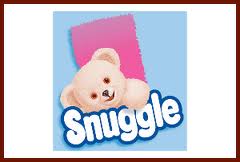 I strongly feel that Snuggle has really good identity system. Their identity design is simple letter with a bear(snuggle bear), and the character of the letter has feeling of comfortable. This makes people feel laundry would come out really soft after tumble dry, and would like to snuggle it. This is not only simple, but also easy recognition of their products and what those do. They have a lot of products which have different logo on based on the feature of each product. To learn more about the Snuggle and see their products visit:      http://snuggle.com/